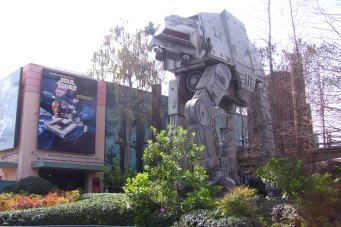 So those of us that have been to any of the Disney them parks are familiar with the ride Star Tours located in Tomorrowland. Rumors have been going around about Disney doing renovation to their parks to fit in some new themes, similar to what they did with California Disney. We’ll be seeing something similar, but we won’t have to travel to a galaxy far far away. Now that Disney has acquired the rights to Star Wars, they are planning on adding a Star Wars Land to their parks, which won’t require a hyperdrive to visit. According to Theme Parks Insider, they said:

“Yep. Multiple sources have told me the long-awaited dream of theme park geeks everywhere is actually happening. Disney’s moving ahead with both Cars Land and Star Wars Land at the Disney’s Hollywood Studios in Walt Disney World.”

With this project, they are renovating the Disney World and adding those parks into their theme park adventure. Construction on Star Wars land is set to be done by 2018.