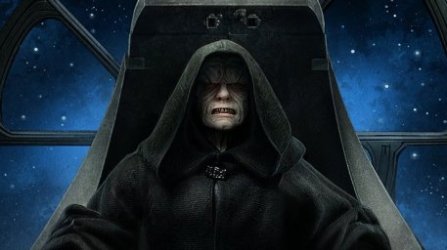 With the lack of news at D23 it is only to be expected that rumors will be popping up and since Ian McDiarmid’s recent birthday, it can only be a tribute rumor. The rumor is that Ian McDiarmid is going to return in Episode VII, even though the role is not really explained but we can only expect him to come back as the Dark Lord of the Sith, Emperor Palpatine. Since the Emperor died at the end of Return of the Jedi, the idea is that he’ll come back as a clone, which was an idea in the Dark Empire series. Back in 2008 creastor George Lucas already voiced his concerns and dislikes about how the EU has turned out.

“I’ve left pretty explicit instructions for there not to be any more features. There will definitely be no Episodes VII-IX. That’s because there isn’t any story. I mean, I never thought of anything. And now there have been novels about the events after Episode VI, which isn’t at all what I would have done with it. The Star Wars story is really the tragedy of Darth Vader. That is the story. Once Vader dies, he doesn’t come back to life,the Emperor doesn’t get cloned and Luke doesn’t get married…”

So the rumor is what it is, a rumor and no confirmation has come from the Episode VII crew. Who really wants to see the Emperor make a return? We would like to see an original idea that involves a new threat.

Keep checking back to hear the latest rumors and news!

UPDATE: With rumors flying about on the return of the Emperor, some details have been surfacing. We mentioned that speculation involved him coming back as a clone, which we here at The Hoth Spot sounded a little bogus, but according to Latino Review (they say it’s confirmed but we’ll wait to hear it from the Lucasfilm crew themselves) he’ll be returning as something we’re all too familiar with, a Force Ghost. The Sith have had similar versions of this, as we have seen in the Knights of the Old Republic with Ajunta Pall and even Exar Kun coming back to pass on their knowledge or wreak havoc amongst the galaxy. The plot details for the next movie, although unconfirmed, so take it as a rumor, but it is said that before his death he was already training another apprentice. So again they are not going to use anything from the books but continue to go along a new path. This next part is pure speculation on our parts here, just an idea, so if you have watched The Clone Wars, you know that Darth Maul has come back, and before the show was cancelled, good old Palps told Maul he had some plans for him. So some unfinished story which may or may not be cleared up in the upcoming Animated Series but perhaps this could open the return of Darth Maul in the next films? Or it could be a completely new foe. We’ll wait and see. What are your thoughts?

One thought on “Rumor UPDATE: Ian McDiarmid to Return In Episode VII.”