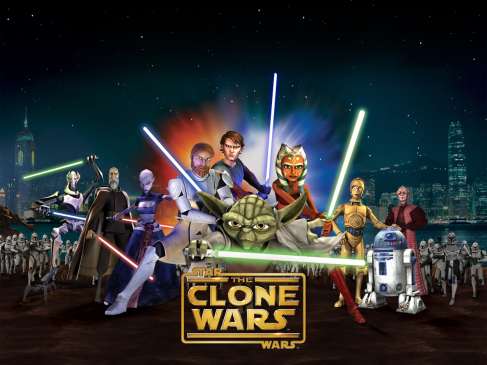 When Disney took over Lucasfilm, a petition over the internet to save The Clone Wars spread all across social media. Although fans did not get what they wanted to have more seasons of the show continue, Dave Filoni and crew have been working hard to finish the remaining episodes for fans to see. It was announced that the show would give it’s final episodes for the release of the Fifth Season Box Set, but as it is coming out soon, nothing has been mentioned about them being a bonus feature.

So when are we going to get the final episodes? Well, the night before New York Comic Con starts, Dave Filoni made a post on Facebook which will make fans happy about 2014, if you were not already excited about Star Wars: Rebels

Star Wars fans – I have some exciting news! We have wrapped production on all of the remaining Star Wars: The Clone Wars episodes, and while that might be sad news in one way, it’s good news in another. It means you will finally get to see them. When, exactly, is a detail I cannot yet share. I can confirm that in early 2014 you will be watching the final episodes of The Clone Wars, including one of Master Yoda’s most challenging missions. So, get ready. We’ve got Clone Wars and Rebels coming at you in 2014. Animated Star Wars is alive and well. Trust in the Force my friends.

So here we have it, early 2014 we’ll be seeing the conclusion to the series as it left a lot of open story lines. As to where it will be revealed remains to be another question, but hopefully it will be announced soon, if not tomorrow at NYCC.