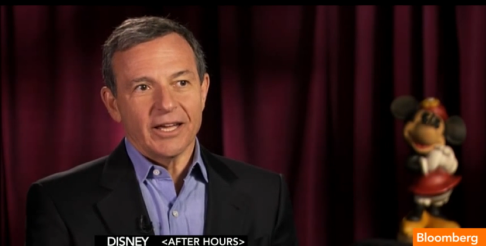 A few days ago fans were shocked by the news that Episode VII changed from it’s original release date from Summer 2015 went to December 18th, 2015. Disney taking control of the franchise has a lot of people on the edge of their seats, afraid that things might not turn out well for the future of Star Wars world. I believe Disney is working their hardest to make sure that they get it just right for the fans, although many were expecting them to take things from the Expanded Universe. IGN has an interview of Bob Iger discussing why the change happened and what to expect.

“Well, this is obviously one of the most important films that we are working on right now. And one of the things that was very important to us is that we give the creative team, J.J. Abrams and his writing team, the time to design, write and produce the film so we can optimize quality, so they can create a great film. Very, very important.

And at one point we considered the summer of 2015, but it felt like, particularly with some changes we made in the writing team, that that was going to create a bit of a rush and didn’t think that was optimal for obvious reasons. So Christmas 2015 became the date.

Happens to be the date which Avatar, which is the No. 1 movie of all time, was released, so we like that. Hopefully that brings good luck, even though that wasn’t our film. And Christmas is a good time we think for a film like Star Wars, which will have obvious interest for young people and old people alike. From everyone.”

So it’s good to hear that they are taking their time with the project and not just rushing through it which has been a huge concern for fans. So Episode VII is expected to hit theaters on December 18th, 2015. Mark your calendars and let the countdown begin!