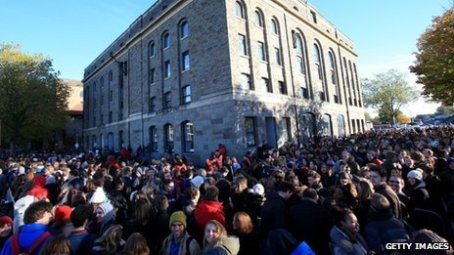 This past Saturday fans flooded the streets of Bristol, Uk for a chance to score a role in JJ Abrams “Star Wars: Episode VII”. Because of the high volume of people who showed up, many fans were turned down. Recently the Producer of the films announced that fans who missed out on the recent audition could apply online by sending in a video audtion to Cast It Talent. The Producers are searching for a “street smart” girl in her late teens and a “smart, capable” man in his early 20s.

According to BBC online,

“Barbara Gamlen, a publicist for Lucasfilm, said 75 of those who auditioned on Saturday were called back to read a generic script in front of the Star Wars team. She added she expected a similar number to be called back from Sunday’s crop of hopefuls.”
Are you going to audition for a role in Star Wars: Episode VII? Let us know our thoughts below! Again Click Here to apply and learn all the details!