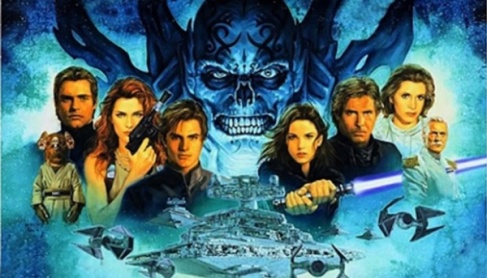 For those of you like me who have read almost every book that has been printed of what has happened after the events of The Return of the Jedi will be disappointed about what is to come. It has been suspected from the time that Lucasfilm was bought by Disney that things would be changing and we have seen many of those changes already. Although it has not been officially confirmed by Disney/Lucasfilm, tweets from the Lucasfilm Story Group are suggesting that the Expanded Universe will be “disposed” to make room for a more cohesive canon. So this means that the movies and any other media can and will override the EU if necessary. According to Leland Chee, who is a member of the Story Group, says this:

As much as I have loved the old timeline, there was a lot of work that needed to be done to clean it up. We’ve heard that JJ Abrams won’t be using the EU as part of the films, so it is giving us something new to look forward to in the new films and new opportunity for the story to develop into something that we’ll all love again. So the Lucasfilm Story Group will be deciding what’s canon and what’s not. So will the EU be disposed of completely? Not all of it, it just seems they are trying to get rid of the G/T/C canon and make one official cohesive canon.