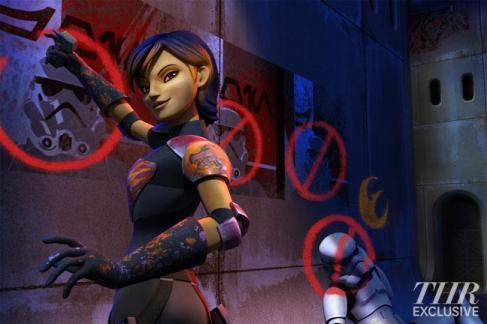 Today we have another character exclusive from The Hollywood Reporter reveal, and her name is Sabine. She’s a Mandalorian who has turned against the Empire and joins with the crew of Ghost. She’s an artist as well and is known as the explosive expert on the crew. She will be voiced by actress Tiya Sircar.

“She’s definitely one who’s turned against the Empire and that’s going to be to the Rebels’ benefit,” as executive producer Dave Filoni hints in the behind-the-scenes featurette above. As Joel Aron, CG supervisor of lighting and FX, says, “She’s adding something that we haven’t really seen before in the Star Wars universe. You have a character that is expressively creative through art — whether it’s the color of her hair or what she’s done to her armor.” 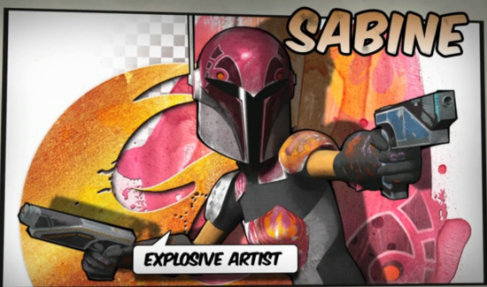 So another interesting addition to the Star Wars Universe. Who doesn’t like the Mandalorians and explosions? Her feisty attitude will add to her creative personality in the show along with the rest of the crew, Ezra Bridger, Zeb, Kanan Jarrus, and the droid Chopper. Star Wars: Rebels will hit Disney XD this Fall!