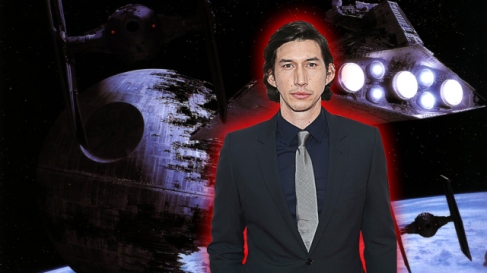 We’ve been in a dry spell of Episode VII news and rumors the last few months. Some have been mentioning we’ll finally get our full cast announcement and they have all been rumors, even this bit of news should be taken with a grain of salt as there are no official sources attached to this rumor. Now, according to Variety, the casting for the villain has been announced, although things have not exactly been finalized.

Sources tell Variety that while no deal is done yet, the “Girls” actor is close to signing on to play the villain in J.J. Abrams’ “Star Wars: Episode VII.” Exact details are unknown, but the character is said to be in the vein of iconic “Star Wars” villain Darth Vader.

They say that he has become Disney’s and Lucasfilm’s top choice for villains. Not only do we have a reveal of the villain from Variety, their sources say that we’re looking at more cast reveals coming next month. While there is no official confirmation from Disney or Lucasfilm, could we have our first villain for the movies?