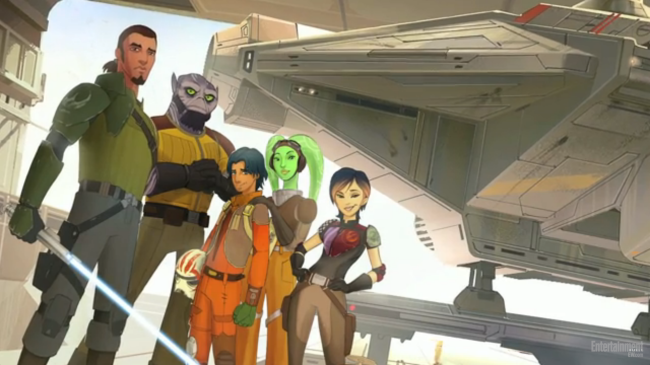 A lot of information is being revealed about the new Star Wars: Rebels cartoon which is to air in the Fall of 2014 on Disney X D. Recently, in an interview with Simon Kinberg, he talks about the first season only airing 16 episodes, in contrast to The Clone Wars having 22 episodes. Along with the introduction of new characters into the Star Wars universe, the show promises to bring in some familiar faces, one of the rumors being Lando showing up and being voiced by Billy Dee Williams.

Writing dialogue for any of the legacy characters is as big a thrill as anything I’ve ever had in my life.  I said this to [producer Kathleen Kennedy] that when I open up a Final Draft document, and I tab over to “Character” and it’s a character from the original films—to be nameless until people see them—but if it’s a character from the original films, just typing in those letters and then that being the recorded name in that name database for that script is as surreal, and perhaps more so, than anything I’ve experienced in my career.

So we’re going to see a familiar face from the original trilogy and I suspect that he won’t be the only person we see make at least a cameo in the series. Maybe Obi Wan will make an appearance, perhaps Bail Organa seeking his help prior to A New Hope. While nothing official on the matter about who the familiar face is to return, we can only suspect who will be the one to help our new heroes.