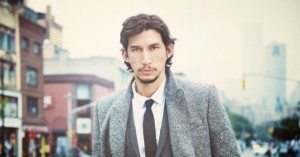 A few months back, Variety told us that Adam Driver (who at the time he was still rumored) would be playing a villain in Star Wars: Episode VII. As they put it, Driver would be playing a character “in the vein of iconic ‘Star Wars’ villain Darth Vader”. Now, interestingly enough, Jedi News is claiming they have a source that tells them Adam Driver will be playing the son of Han Solo and Princess Leia Solo.

“Sounds like Adam Driver is NOT going to play a villain…sort of.He will be playing the son of Han and Leia, and it seems he will be seduced to the Dark Side, and a main plot point for the movie will be their attempt to rescue him.”

So there is a major change of character motive that fans were not expecting if this proves true. Now that we have the casting announcement it will be very interesting to see who all these actors end up playing and how the plot turns out!