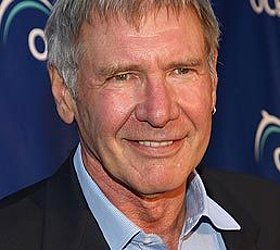 Mirror has reported today that actor Harrison Ford was injured when after a haudralic door fell on him during shooting at Pinewood Studios.

“The Han Solo actor fell to the ground in agony and after medics assessed him on the M Stage at the studios close to spaceship the Millennium Falcon, he was taken by stretcher onto a helicopter for further treatment,”
So from what he hear, Ford was air-lifted to the hospital for treatment. Disney also chimed in with their own report on the indident:
“Ford sustained an ankle injury during filming today on the set of Star Wars: Episode VII. He was taken to a local hospital and is receiving care. Shooting will continue as planned while he recuperates.”
So it sounds like things are getting quite intense over there in the UK! What do you guys think?