Many fans have speculated on the possible return of the infamous ice world of Hoth in Star Wars: Episode VII over the past few months. While it cannot be confirmed, an ice planet with similar features as the planet hoth recently has, according to Star Wars 7 News. During a chat with BBC, Roger Moore (James Bond) revealed that he had visited the set of Star Wars: Episode VII and was asked about the rumor of an ice planet. Here is what he had to say:

Roger Moore: Anyway, the day before last, I know we stopped by the office, and I went up to see – on a very closed, secret set – my friend J. J. Abrams, who is directing Star Wars.
BBC: Ooh, wow!
Moore: With Harrison Ford.
BBC: So, what were they filming that day? Can you tell me?
Moore: Well, yes! They were filming something with a lot of mountains and snow.
Also here are some really cool set photos recently released! Apparently someone had been flying a drone when they came across these awesome shots! Check them out! 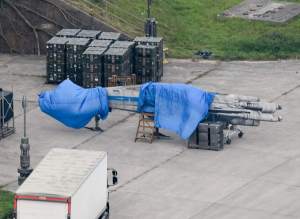 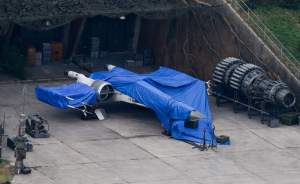