For Star Wars Day we get a reveal of some characters from the new film. I was hesitant to see the spoilers within, but all of these have been speculated and it’s cool to see that our thoughts on certain actors were right. So here are all of the photos that have been revealed from VanityFair.com‘s Star Wars June Issue. 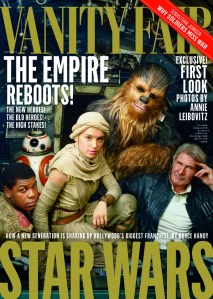 So there will be spoiler photos so if you are still waiting to for everything to be revealed when you watch the movie then do not scroll down. Hope you guys enjoy them because they are freaking awesome!

Daisy Ridley getting ready to shoot on the new speeder. 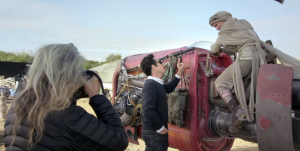 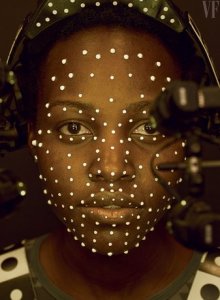 Han and Chewie with the new cast.

Poe Damoran posing next to his X-Wing

Captain Phasma posing after what looks like to be an attack.

The face of Kylo Ren 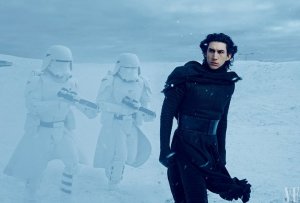