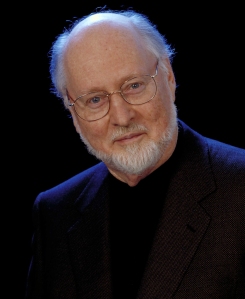 Some of the most iconic musical themes to date are John William’s scores for the Star Wars saga. Debuting in 1977, the themes of A New Hope have echoed across the decades in epic fashion. Every Star Wars film has had it’s own memorable themes, yes including the Star Wars Prequels (Duel of Fates anyone?), that have touched the hearts of Star Wars fans and non Star Wars fans alike in an unforgettable way. Recently, Vanity Fair caught up with John Williams and asked him about his score for The Force Awakens.

“There are some scenes where we do make reference to earlier thematic pieces. We haven’t done it yet, but we’re planning to do it. It’s something that I think will seem very natural and right in the moments for which we’ve chosen to do these kinds of quotes. There aren’t many of them, but there are a few that I think are important and will seem very much a part of the fabric of the piece in a positive and constructive way.”

Also important to note, John Williams mentioned that JJ Abrams gave him creative freedom to just “do his thing” according to Vanity Fair.