With The Force Awakens slowly approaching in the coming months, speculation about Luke’s role in the new film continues to spawn new theories and ideas about what the future may hold. But it also poses a very peculiar question. Who is Luke Skywalker? 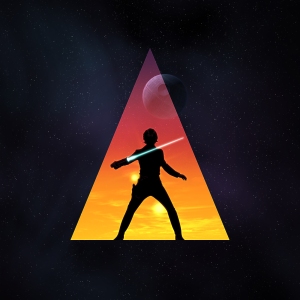 So far, we have not seen any new content regarding Luke Skywalker in books or comics that show him post-ROTJ. So essentially we know nothing of his whereabouts at this point which makes you really think. What could’ve happened that made him become a hermit like Ben did? There have been rumors of Luke having really catastrophic experiences with the force or even turning to the dark side. This poses an even bigger question. What is the state of anything now?

What makes this so amazing is the fact that this may very well be a true re-entry to a franchise like never before. It may very well end up being a theater experience much like the original Star Wars.

So where do we want to see Luke at this point in time?

Well, for one, we’d surely like to see him as the new Jedi Grand Master. However, at this point, Luke should be much wiser and more reserved. Therefore, we don’t need to see him pull out a lightsaber and start flipping all over the place like Yoda in AOTC. Let’s hope they keep the lightsaber a little more sacred and they save the duels for major turning points in the story. We’d also like to see him train Rey and Finn in a similar way that Yoda trained him in ESB. Although, I’ll admit, it would be nice to see him square off against Supreme Leader Snoke. But as far as where he’ll end up in this new trilogy, we’ll just have to wait and see on December 18th!

Keep checking back up as we get more updates and follow us on our social media!