In the same way that Attack of the Clones is my least favourite of the Star Wars series, Revenge of the Sith is a surprising contender for my own personal top three. Growing up in the 80s and 90s there were stories about Anakin and Obi-Wan having an epic fight above a volcano that led to the birth of Darth Vader, and well – Revenge of The Sith showed us that it was true… All of it.

Revenge of the Sith takes place roughly 55 years before The Force Awakens, and the world of Episode VII is slowly becoming more visible. Let’s take the third step on our journey towards The Force Awakens…

Revenge of the Sith is the main event as far as the Empire goes. I once read someone describe the events of the film as “Palpatine’s best day ever”, and it’s a difficult to argue against that. The Separatists are defeated (not that they ever had a chance anyway), the Jedi are all but wiped out, the Republic is transformed into an Empire and the Death Star is well under construction. The rapturous applause to Palpatine’s ascension shows the perceptions of the galaxy at large, and underlines how it is that even after decades of oppression, the average lifeform on the street could see the Empire as a benevolent force for order.

We see the main players of the resistance coming together after Order 66 as Bail Organa and Captain Antilles shepherd Yoda and Obi-Wan Kenobi back together. The birth of Luke and Leia gives the Jedi something to focus on, but the true birth of the Rebellion (and its later metamorphosis into the Resistance) is a tale that still needs to be told.

Revenge of the Sith moves at such a break-neck pace that there isn’t time for a large degree of scum and villainy. The stand-out bad guy of the whole piece (at least until Palpatine reveals his true nature) is the hacking cyborg General Grievous. Both an anachronistic precursor to Darth Vader and a savage, skilled fighter in his own right, he gives Kenobi a run for his money in the most exciting fight/chase/fight sequence of the film.

So, Anakin was supposed to destroy the Sith and not join them, huh? That didn’t work out too well for Mace Windu and the younglings. If Yoda saying that the Jedi were losing their connection to the Force in Attack of the Clones were not enough, Revenge of the Sith sees the Jedi order completely culled.

Following Order 66 it’s fair to say that if there is a moral centre to the Force, then a 30-year period of dormancy might be just what it needs before re-awakening.

The birth of Luke and Leia is, to this point, the single most important development in the Skywalker line. Anakin and Padme’s romance and break up is still hammy, and it really is hard to believe that this is the same Natalie Portman of Black Swan fame.

All that aside, Leia has got a really, really good memory.

Anakin leaves very little behind in Episode III; of course, my first thoughts were that there’s two legs and a right arm somewhere on Mustafar, but given what the lava did to the rest of his body there’s little chance that there would be anything left by the time Kylo Ren comes collecting. There is the small matter of a lightsaber however, which Obi-Wan picks up from the lava bank. Nothing significant about that, right? 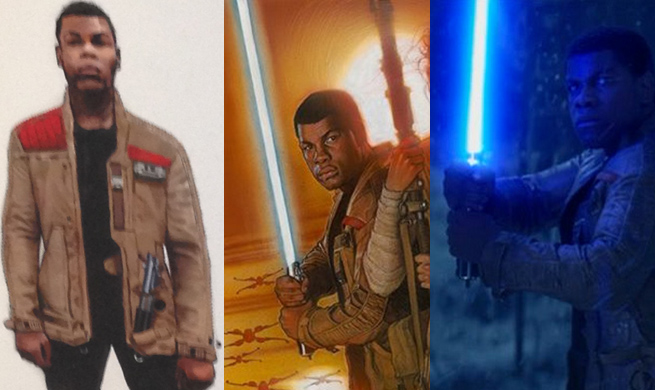 It’s not a great film by any stretch. Yoda is insufferable, whilst Padme losing the will to live is an idea made exponentially better by the fan theory that Darth Sidious uses the Force to drain her life to keep Anakin alive. Without that idea, it’s one of the biggest flaws of the whole series.

But that’s focusing on the negatives. Revenge of the Sith is an exciting and relentlessly dark addition to the series, and from Ewan McGregor absolutely nailing Kenobi through to the immolation of Darth Vader, it’s the Star Wars film that we deserved after Episode II.

Join us next week to see how A New Hope takes us closer towards The Force Awakens!

<< Attack of the Clones

2 thoughts on “Journey to the Force Awakens: Revenge of the Sith”