If you went to D23 then you probably stopped by the Imagineering section which talks about the designing the attractions and different sights at the Disneyland theme parks. Late last night at D23 a bunch of crates were delivered, with many Star Wars references attached. For those of us that remember the original title of Star Wars Return of the Jedi, you’d be interested to hear about Disney’s new project title Orange Harvest. So what is it exactly? Ever since the buying of Lucasfilm, rumors about a Star Wars themed land has hit the nets and many are speculating that is exactly what Orange Harvest is going to be. Even though there has been no official announcement, sources say that it is a definite thing that is going to happen. As D23 progresses, we’ll update with more information as it is announced. 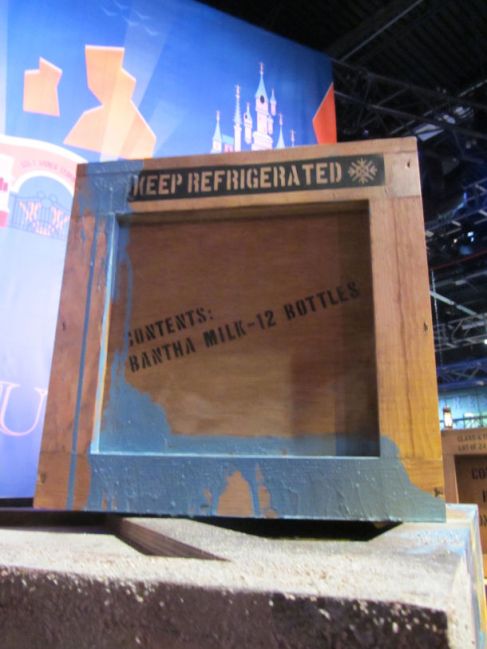 So the rumored rides and sights for the park are this.

1. A 20-minute original 3D movie that will replace Captain EO.

2. New destinations for Star Tours which will be taken from Star Wars: Episode VII.

3. A makeover of Space Mountain based on the 2015 release of the movie.

4. A Speeder Bike coaster that will simulate a chase through the forest moon of Endor.

So Orange Harvest sending speculation into light speed at D23 although nothing new about the movies have made an appearance.