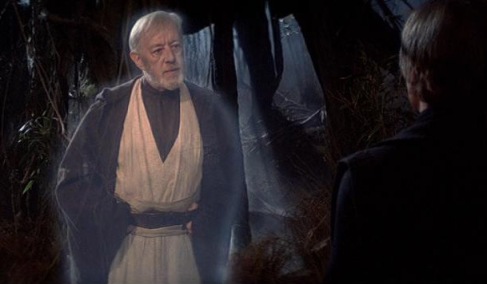 So we all know the latest rumor of the Emperor coming back as a force ghost and the newest rumor is that Obi Wan will be making another appearance. We all know that Obi Wan made an appearance from time to time to help with Luke’s training in the Originals, but with Sir Alec Guinness gone, how would he come back? According to Latino Review, their idea is that they’ll do something similar to how they replaced Sebastian Shaw with Hayden Christensen and make Ewan McGregor look older to resemble the original Obi Wan.

“I guess, yeah, of course,” McGregor said, when asked whether he would return. “If they need me, yeah, I’d be happy to go back.”

Ever since the news that there would be an Episode VII, many of the prequel actors have been making their interests known about returning as their iconic roles, one in particular, which we think would be a terrible idea, is the return of Mace Windu. It is also known that even if Ewan McGregor doesn’t return to Episode VII, he has made it known that he would like to do a standalone film, which could be pretty awesome. We know that along with the sequels there will be a couple of Standalone films in between the films, which would most likely follow Han Solo and Boba Fett.

With no news at D23 there is expected to be a big reveal coming soon, so keep checking back to get your latest news and rumors.